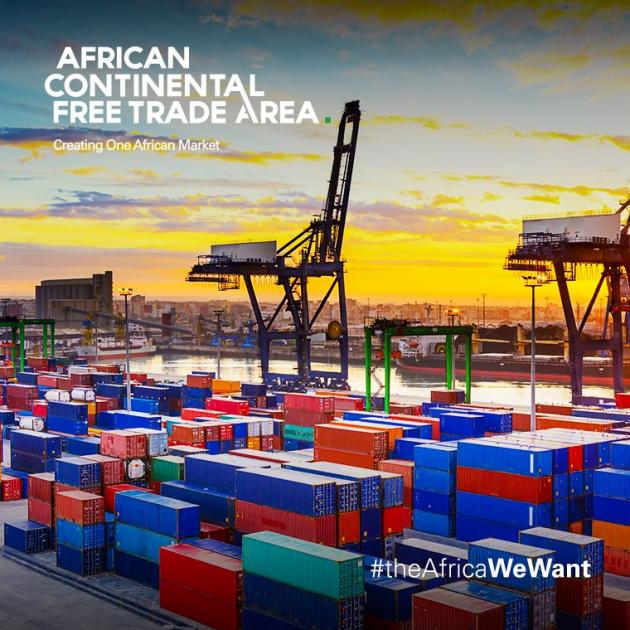 The African Union has amplified action to tackle non-tariff barriers and increase small businesses’ use of the tradebarriers.africa tool through its new online platform.

The African continent is about to become the world’s largest free trade area. If not addressed, non-tariff barriers (NTBs) may slow down this effort. Although the negative impact of NTBs on intra-regional trade is recognized, so far there has been limited success in addressing them. “The success of the AfCFTA depends in part on how well governments can track and remove non-tariff barriers,” said Ambassador Albert Muchanga the African Union Commissioner for Trade and Industry. A new campaign to spotlight and remove non-tariff barriers (NTBs) in intra-continental trade launches this week.

The #TradeEasier campaign aims to promote the uptake and use of the African Union’s tradebarriers.africa, a non-tariff barriers reporting mechanism tool.

The tool, developed by the African Union in partnership with UNCTAD, supports efforts to make continental trade easier and less costly by helping African businesses report such barriers and supporting their elimination with the help of governments.

NTBs slow down the movement of goods and costs importers and exporters billions of dollars annually. They also stand in the way of the success of the African Continental Free Trade Area (AfCFTA). “If we want the AfCFTA to thrive, we have to ensure operational barriers are dropped and businesses and traders, especially small ones; don’t suffer from undue limitations placed on them as they try do the basic thing that makes economies work – trade.”

Every day many African traders and businesses face barriers to trade. From quotas to excessive import documents or unjustified packaging requirements, these barriers are a big hindrance to trade between African countries and make it complicated and expensive to move goods across the continent.

Regulatory and procedural barriers include customs operations and border documentation requirements, rules of origin documentation and pre-shipment inspections. Other trade barriers come in the form of transport regulations, sanitary and phytosanitary measures (SPS) and technical barriers to trade (TBTs).

The application of trade-related regulations to ensure consumer health, protect the environment and safeguard national security is legitimate, but disproportionate restrictions or cumbersome enforcement of trade regulations can stifle trade and amount to NTBs and should therefore be addressed. The use of NTBs for protectionism goes against the principles of African integration.

According to an UNCTAD report, if these barriers are removed, the African economy could gain $20 billion – much more than the $3.6 billion it could recover by eliminating tariffs. The United Nations Economic Commission for Africa (UNECA) estimates that the AfCFTA has the potential to boost intra-African trade by 52.3% by eliminating import duties and could double trade if NTBs are also reduced.

The right tool to fix the problem

The tradebarriers.africa platform focuses on identifying NTBs and eliminating them. Trade related complaints that are reported can be monitored by government officials in each country and by the dedicated NTB coordination unit at the AfCFTA Secretariat. The NTB Coordination unit is responsible for verification of complaints. Once complaints are verified, officials in the countries concerned are tasked with addressing the issue within set timelines prescribed by the AfCFTA agreement.

The tradebarriers.africa online tool also makes it possible for African businesses to play an active role in removing obstacles to continental trade by reporting NTBs online and having them resolved through the mechanism outlined in Annex 5 (NTBs) of the AfCFTA Agreement’s Protocol on Trade in Goods. More than 600 reported barriers have been resolved through existing portals at the Regional Economic Community (REC) level.  The AfCFTA NTB online tool builds on these successful regional portals, helping the entire continent boost efforts to break down NTBs.

Micro, small and medium-sized enterprises (MSMEs), informal traders, youth and women business operators play a crucial role in African trade but are disproportionately impacted by NTBs due to their limited resources and access to information. To raise awareness on the reporting mechanism among African MSMEs, and encourage the MSMEs to use the platform, the #TradeEasier webinar series has been organised and starts on 29 September 2020. The virtual roadshow of discussions around the continent kicks off in East Africa, through Southern and Central Africa and ends in West Africa. It brings African businesses together to share their real-life experiences and accounts on non-tariff barriers to trade. The webinar series also seeks their suggestions for trading easier across the continent, with a focus on how the tradebarriers.africa platform can make a difference.

The #TradeEasier campaign encourages African businesspeople to visit the tradebarriers.africa platform and make their trade challenges known to the authorities so that the challenges can be resolved.

“If MSMEs can more easily report barriers to trade to national and continental authorities and get them resolved, we are already closer to unlocking Africa’s real trade potential and that of the AfCFTA,” the African Union’s Dr Oswald Chinyamakobvu said.

LogiTrak is a platform which provides effective solutions tailored for logistics in Africa!